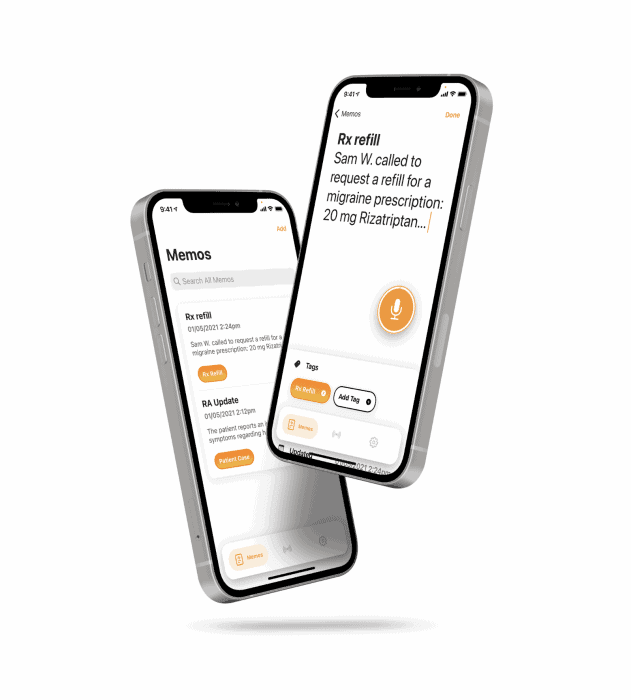 I called Dr. John Williams, M.D., F.A.C.S., to discuss his experience using Mobius Conveyor, a premium medical dictation software that works seamlessly on any operating system. Dr. Williams is a breast cancer surgeon in northern Virginia and serves as Chairman of the President’s Cancer Panel. He is a national leader in breast cancer education and founded the not-for-profit Breast Cancer School for Patients.

Simply life with one computer for everything

Many doctors use an Apple laptop at home and a PC at the office. But constantly switching devices – or carrying around two computers – can be frustrating and inefficient. What if there was a high-quality medical dictation software for both Macs and PCs?

Dr. Williams was asking this question when he discovered Mobius Conveyor, the new medical dictation software that works on any computer operating system. Conveyor converts your iPhone into a Universal Documentation Device that transfers your exact words to any EMR system from any location.

“My Dragon Medical software license was going to expire, and I needed to make a change,” Dr. Williams explained. “I wanted to simplify my life and be able to have my Mac, which I use for everyday things, also be my work computer. It’s a pain to carry around two laptops with two chargers and constantly toggle back and forth.”

As Dr. Williams searched for his next option, he found Conveyor and decided to try it. “I’ve used Conveyor for the last five months,” he told me, “and I’ve been very pleased with it. I’m so happy I can do medical dictations on my Mac. Now I can keep my whole life on my Mac. It has streamlined things.”

“I’m so happy I can do medical dictations on my Mac. Now I can keep my whole life on my Mac. It has streamlined things.”

I asked Dr. Williams how he uses Conveyor in the office. In addition to loving that he now has a medical dictation software for Macs, he shared three benefits that stood out.

1. Your smartphone replaces a dictaphone or handset

“Every day, I see patients in the office and create a consultation note by dictating findings into their chart,” Dr. Williams told me.

“Having the mobile aspect is incredibly convenient as opposed to a handset. We carry our phones everywhere, so they’re always right in front of us. Unlike a dictation handset, we don’t have to plug it in and tote it around.”

2. Conveyor gives you the flexibility to dictate anywhere

Dr. Williams does most of his dictating at home, and he said it’s convenient that he has his phone right there with his notes, and he can just start dictating. Same iPhone, same Mac. It’s all with him, making documentation quick and easy from any location. And with Conveyor’s Memo functionality, he also has the option to dictate a note for later transfer to a computer.

“I found the USB device really convenient. It’s fantastic,” said Dr. Williams. While you can use Conveyor with software and a QR code (download the software on your mobile and desktop devices, and scan a QR code to pair them), there’s a much simpler option: the Conveyor USB. After plugging the USB into any computer, your dictations appear wherever you place your cursor. No software, no hassle.

As Dr. Williams said, “I can take that device and use it on any computer. That’s a huge advantage and gives me peace of mind knowing I can take my dictation system anywhere.”

Should you switch to medical dictation software?

Dr. Williams had been using speech-to-text medical dictation software for over four years when he switched to Conveyor. Whether it’s Mobius or Dragon or something else, he has some advice for physicians considering switching from typing to dictation for the first time.

“Transitioning from typing to dictation is hard, but it’s more of a mental barrier than an actual logistical barrier,” says Dr. Williams. “If you type quickly, you move through your notes, fill things in, and think you’re reasonably efficient. But ultimately, you can articulate what you want to write much faster than you can type it.”

Dr. Williams emphasized that doctors tend to take a habit-based approach to documentation.

“It’s easier to not change because of resistance, but it’s worth the effort to flip that switch and integrate dictation because it’s something you’ll use forever. I bet there isn’t one doctor who has used a dictation system like Dragon or Mobius and then stopped using it and returned to typing text as the modality for communicating. There’s a reason no one returns to typing from dictation, and that’s because speaking is natural – it’s human.”

“As a cancer physician, I need to communicate complexity and complex decision making. We’re talking about life and death decisions with my patients. My notes need to be highly personalized to the patient I’m seeing.”

Dr. Williams takes this very seriously. He explained, “If you type one sentence, it looks like you did one sentence worth of work with the patient. If you’re actually doing the work you want to do, you need to document that work.”

“Dictation allows you to easily document as much as you need, without the burden of typing. That translates to engagement for documentation, referring physicians, quality of care, medical-legal, and so on. Caring for patients isn’t done in one sweeping sentence. It’s done in a more complex way.”

At Mobius, we believe that the burden of typing is the only thing that might get in the way of every physician taking that same level of care with documentation. Having a well-developed dictation workflow makes capturing the complexity of clinical decision-making faster and easier.

The medical dictation software for both Macs and PCs

Making the switch to dictation has never been easier than with Mobius Conveyor. Whereas other medical dictation platforms charge you for extras, Mobius includes everything you need for efficient documentation.

Importantly, Conveyor also doesn’t include what you don’t need. That means no complicated installation process, required training videos, and no massive list of options and customizations that require an IT team to set up.

“Just like any new software, it took me some time to intuitively learn the different features of Conveyor,” Dr. Williams told me. “But when I started with Dragon, I had to do a two-hour video course. There were so many choices – how to customize the microphone and XYZ…. It seemed like an overwhelming process to learn. Now that I think about it, when I got up and running with Mobius, it was: upload the app, sync your phone, and start talking. To be honest with you, that’s all you need.”