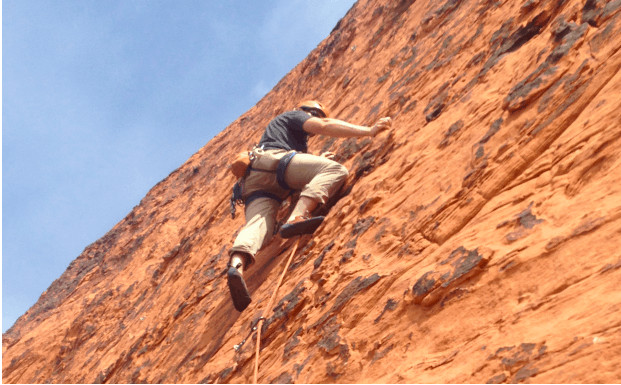 While most of these devices are tracking everyday activities and metrics – steps, sleep, heart rate – activity monitors are also being developed for niche sports like rock climbing

“Whipper” is the first wearable activity tracker to break into the booming market for rock climbing. While still a niche sport, climbing is becoming a sizeable industry driven by growth in new indoor climbing facilities. In 2015 alone, 40 new commercial climbing gyms opened in 24 different U.S. states. Since 2013, the number of gyms has experienced double digit growth every year, reaching 388 facilities in 2015.

The Whipper builds on this growth with an activity monitor just for climbing. The device is a creation of Mbientlab, which sells a wireless sensing platform for research and product development. Whipper is a lightweight movement tracker that clips to a climber’s harness and records incline, falls, vertical feet, and location. The device connects to an app with coaching features that recommend training programs, analyze progress, and recommend goals to set.

In May, Whipper raised more than 200 percent of its funding goal on Indiegogo, setting the product up for a successful launch later this year. This is already a big step ahead Climbax, the first attempt at a climbing-specific wearable in 2013. Climbax died after raising just 10 percent of its initial funding goal.

Whipper is accepting pre-orders with the first units expected to ship in November 2016. Its success so far shows how activity trackers are gaining popularity, even for niche sports like rock climbing.

Beyond climbing, companies have developed wearables and fitness trackers for other niche sports, including golf, boxing, soccer, and baseball. Equisense, an activity monitor for horse riding, will be available later this year.