Why do Americans pay more for prescription drugs? 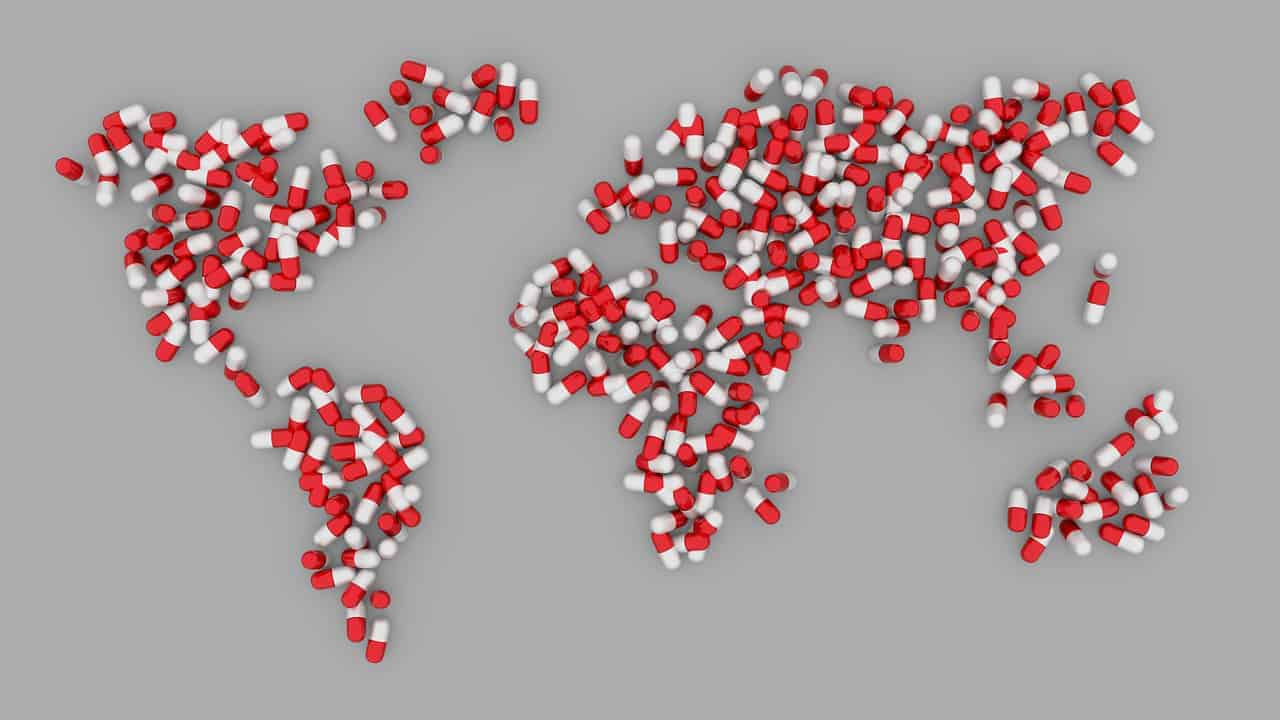 The US spends more than other countries on healthcare, and pharmaceutical prices are a major reason. Headlines lamenting high drug prices have become ubiquitous. In January, a group of large hospital systems responded with the announcement that they are creating a new nonprofit generic drug company.

Total US spending on healthcare is currently about 18 percent of GDP, or $3.3 trillion in 2016. Prescription drugs make up about 10 percent of those costs, although it depends on how you count the spending.

Retail drugs – products like prescription drugs that are filled by retail pharmacies – account for $328 billion of healthcare spending, or 10 percent.

But if you factor in non-retail pharmaceuticals – those purchased by hospitals, physicians offices or nursing homes – that number jumps up to 17 percent of total US spending on healthcare. The distinction is important. But either way you count it, the US spends more than other wealthy countries on prescription drugs.

Four factors determine a country’s spending on pharmaceuticals.
1) Country population
2) Drug utilization per person
3) The type and mix of drugs consumed (e.g. generics versus name-brand drugs)
4) The prices at which drugs are sold

“High drug prices in the US come down to price, and how that price is passed on to consumers.”

According to a 2016 report from the Department of Health and Human Services, the rise in prescription drug spending from 2010 to 2014 can be roughly allocated as follows: “10 percent of that rise was due to population growth; 30 percent to an increase in prescriptions per person; 30 percent to overall, economy-wide inflation; and 30 percent to either changes in the composition of drugs prescribed toward higher price products or price increases for drug.”

While that description gives weight to all four factors, the truth is that patients in the US pay more for drugs than people in other wealthy countries. Put differently, when it comes to per capita spending on prescription drugs, the U.S. is an outlier.

A recent brief from the The Commonwealth Fund asks why the US stands out. The report compares prescription drug spending in the United States and nine other high-income countries: Australia, Canada, France, Germany, the Netherlands, Norway, Sweden, Switzerland, and the United Kingdom.

1. Population
Since the report compares drug spending per capita, we can eliminate population as a variable. Taken as per-person costs, the US still spends more.

2. Utilization
Prescription drug consumption in the US is on the high end compared to other countries, but not an outlier. In the US, 59 percent of adults report taking one or more prescription drug regularly. That range for nine other wealthy countries is 47-60 percent, so the US isn’t an outlier when it comes to drug utilization.

3. Type of drugs consumed
Generic drugs are typically cheaper than brand-name drugs. But in the US, generics make up 84 percent of total pharmaceutical usage. So Americans buy a higher proportion of cheaper drugs than in most countries. The UK also consumes 84 percent generic drugs, compared to 70 percent in Canada just 22 percent in Switzerland.

4. Drug prices
The only remaining variable is drug prices, which tend to be higher in the US than in similar countries.

“U.S. retail prices for commonly prescribed drugs were 5 percent to 117 percent higher than prices in the other six countries,” according to a study cited in the Commonwealth report. “The authors suggested that the lower prices in these other countries reflected their more centralized processes for procuring pharmaceuticals and determining coverage.”

HHS also concludes that the cost of drugs is the main factor determining expenditures. “The number of prescriptions is rising, but the majority of the growth in retail drug spending appears to be related to rising prices and changes in the composition of drugs prescribed.”

Basically, high drug prices in the US come down to price, and how that price is passed on to consumers.

Check in next week for a followup post explaining what determines prescription drug prices in the US.